Richard Young is at the forefront of celebrity photography. With a career spanning over 40 years, and no sign of stopping anytime soon, Richard’s exceptional eye and unique approach has cemented him as the most trusted and prolific contemporary photographer to the stars. As both a portraitist and photojournalist, his unerring ability to capture the moment and present a candid, inside view into the world of celebrity has resulted in iconic images that are celebrated in publications throughout the world.

Richard has photographed a diverse and distinguished range of famous celebrities, capturing some genuinely unique moments over the course of his career. He took the last photograph of Keith Moon at a party with Paul and Linda McCartney, just hours before he died. Richard visited orphanages in Romania with Michael Jackson, photographed Sting’s wedding to Trudie Styler and toured the country with the Sex Pistols. He has covered parties for the Cannes film festival and the Oscars in Los Angeles. He accompanied and documented United States troops in Iraq and Fidel Castro in Cuba. These examples are only a few of Richard’s diverse achievements, and are a mark of the trust and liking that he inspires in his subjects.

Richard’s interest in photography began purely by accident in 1974, when he was given a Nikon camera and asked to take pictures to illustrate a book written by Welsh author John Cowper-Powys. A few months later, it was through a friend that Richard met Paul Getty Jr., who had recently been released by Italian kidnappers, was missing an ear, and being sought by virtually every newspaper in the world. Paul invited Richard to take pictures of him and his girlfriend around town. The Evening Standard bought the photographs, and so began Richard’s long and successful career as a social photographer.

In recognition of Richard’s tremendous impact in the field of photography, he has been honoured with numerous awards and achievements. In February 2015 the UK Picture Editors Guild presented the Chairman’s Award to Richard for his significant contribution and talent in the field of photography. In June 2014, Richard was inducted into the prestigious Champagne Wine Fraternity the Ordre des Coteaux de Champagne for his contribution to photography. In October 2013, Richard Young’s candid photograph of Freddie Mercury at home was inducted into the National Portrait Gallery, London. In July 2013, Richard received an Honorary Fellowship and the title Honorary Doctor in recognition of his outstanding contribution to the Field of Photography from The University of The Arts London. In March 2013, Richard was awarded with the first ever Le Prix Champagne de la Joie de Vivre, in celebration of his long-standing contribution to Joie de Vivre. The previous year Richard was presented with the Ischia Art Award at the Ischia Global Film and Music Festival in Italy. Most notably, in May and June of 2012, Richard was featured as the sole subject of a four-part Sky Arts documentary “Celebrity Exposed: The Photography of Richard Young”. Directed by Don Letts, this intimate portrayal featured contributions from notable celebrities including Sir Elton John, Kate Moss and Tracey Emin. 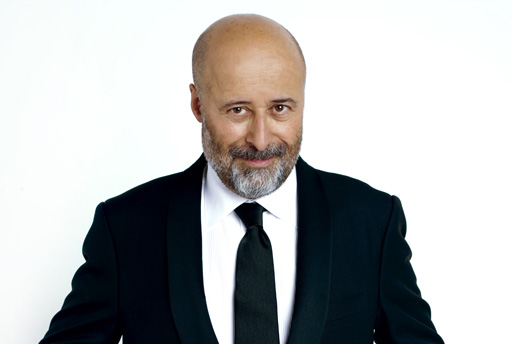 Richard Young has published four books, By Invitation Only, Paparazzo!, Shooting Stars and Nightclubbing. His latest book, Nightclubbing is printed in two editions, a classic hardback and a special limited edition of 300. Richard’s photographs have been exhibited worldwide and he has had several retrospectives. Elizabeth Taylor by Richard Young travelled from Beverley Hills to Ischia to London celebrating the life of the legendary celebrity with 18 iconic images.

With an archive of over 2 million images, Richard Young’s prolific body of work could easily serve as documentation of popular culture over the past 40 years.